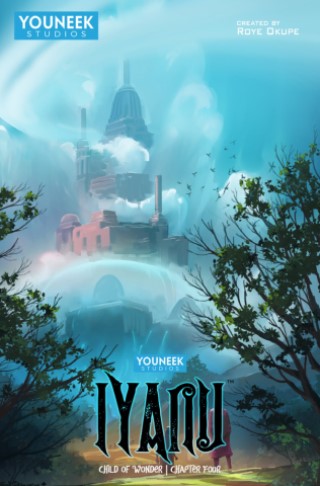 It has been over five hundred years since the age of wonders — a time where the divine ones blessed humanity with spiritual, structural and technological marvels. But in the blink of an eye, it all vanished, and all that was left were remnants of an ancient, advanced civilization. As humankind forges ahead, culture becomes knowledge, knowledge becomes history and history becomes mythology. Until Iyanu. A teenage orphan girl with no recollection of her past who suddenly discovers that she has hidden powers that rival the divine ones themselves. As Iyanu tries to come to terms with her new abilities, the people of Yorubaland become aware of an ancient evil that has reawakened. And all that is left between them and destruction are the memories locked away in the mind of Iyanu.