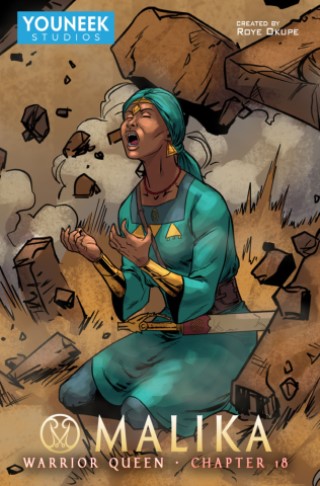 Malika, warrior queen and military commander of the 15th-century West African Empire, Azzaz, has been flung into the year 2025. After years of moving in the shadows, Malika is forced out of hiding by The Olon Jin — ancient sorcerers imprisoned for centuries because of their obsession with dark magic. In their sights is the Fire and Frost stone — a relic that holds the combined power of two legendary dragons. On her journey to Egypt to retrieve the stone, Malika uncovers a sinister plot that predates even her 500-year-old legend as Warrior, Queen and Hero of the Azzazian Empire. As Malika battles both her past and present, she runs into Eliza Mantel, a young girl with hidden powers whose mind could tip the scales in an ancient war that threatens to end humanity.