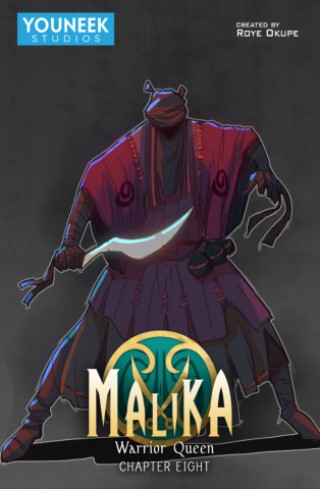 Set in fifteenth-century West Africa, Malika (pronounced “Ma-LIE-ka”): Warrior Queen follows the exploits of queen and military commander Malika, who struggles to keep the peace in her ever-expanding empire. In Part Two of the hit graphic novel series, Malika uncovers a painful betrayal by one of the people closest to her. The treachery unnerves a usually stoic and composed Malika, allowing her enemies both known and unknown, internal as well as external, encircle her, positioning themselves for the destruction of Azzaz, the empire she spent her entire adult life building. Can Malika recompose herself and save her people once again? Or is this betrayal the beginning of the end for Malika and the people of Azzaz? Only time will tell. Glyph award-winning series (2017/2019)